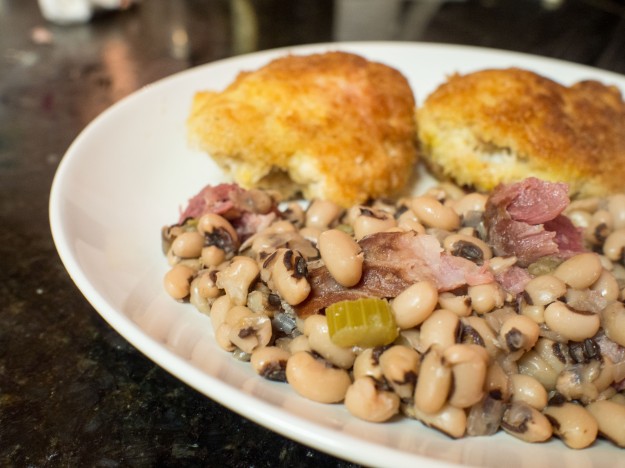 Blackeyed peas, or cowpeas, or black-eyed peas are a Southern Tradition for New Year’s Day.   I learned this from my wonderful grandmother.   Every New Year’s Day my parents would take us to my grandparent’s house where we would have black eyed peas and ham for the holiday dinner.    Whether we wanted to or not, we had to eat the beans for good luck.  Mostly, being a kid, I didn’t want to eat the beans.  In hindsight, I wish I would have been a tad more excited about the prospect.

There are a variety of reasons for the inclusion of the black eyed peas on the New Year’s Day menu.   Various sources link the practice to the influence of Jewish immigrants to Georgia in the late 1700s.  Black eyed peas are traditionally served as part of the Rosh Hashanah celebration, which is the celebration of the Jewish New Year.  As the black eyed pea was a plant that was among the few not looted by Union soldiers, it was available.  As the South was left little else to eat, these peas were precious and appreciated.

I wasn’t excited to make this recipe, initially.  Not surprisingly, my northern cookbooks didn’t have any recipes for this dish.  My southern ones did, but the older ones said to soak the beans all day, change the water, boil for an hour.  Nothing else.  Beans boiled in water.  Um….  Not sounding great.

So, I “smothered” them, in the Southern food vernacular.  Onions, celery, garlic and a ham hock joined the party.  My son is dying for me to make them again and my husband took the leftovers to work. So, it was a bit of a hit! As usual, my daughter politely tried them and left them on her plate.  I’m going to say not picky eater friendly.

I had a blast reliving our New Year’s family tradition.

In a large 8 quart stock pot, heat fat over medium heat. Sauté onions and celery until the onions are translucent. Add the salt, cayenne and garlic, sauté for another minute. Add beans, ham hock and enough water to cover the beans. Bring to a boil, then cover and lower the heat to a slight simmer for 45-60 minutes, until the beans are tender and most of the water is absorbed. Remove ham hock and shred the meat. Return meat to the beans. Check seasonings, adjust if necessary, and serve. 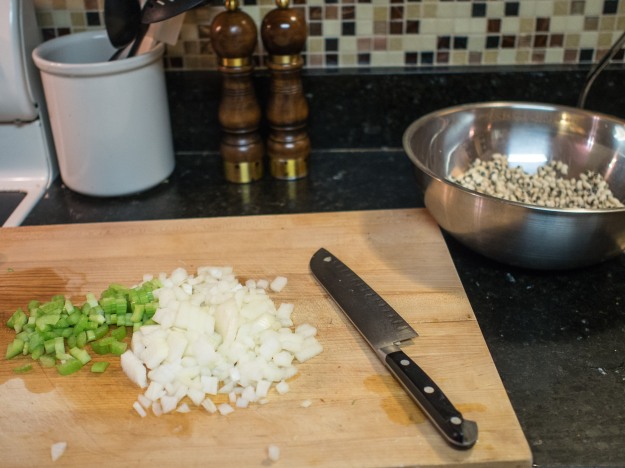 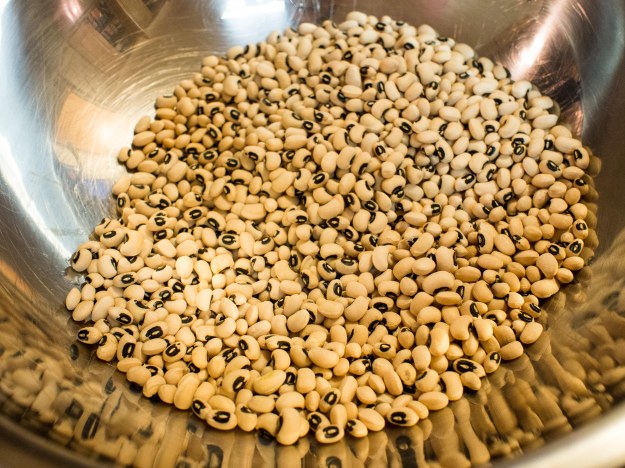